This year's Arabfest to present the topic of Love

For the twelfth time, the Festival of Arab Culture will be held in Pilsen (May 18-28) and Prague (June 8-12). This time, its theme will be LOVE in all its shapes and forms.

The festival will feature thematic films, theater performances, talks, tastings and stargazing. Visitors can look forward to the Grand Saturday Program & the ORIENTAL STREET FOOD MARKET on the premises of DEPO2015. The rich program of cultural and educational activities will culminate with a concert by the Tunisian singer KAT Bent L´Amor at the Anděl Music Bar.

"We believe that such a universal theme, Love, can attract the general public to come and explore and taste the Arab world. We present Love as a profound emotion, a sense of belonging, tolerance, but we do not leave out its purely physical aspect, either," says Festival Director Tereza Svášková. "This year's program will be dedicated to our festival love, the late Charif Bahbouh, who was always close to us and supported our efforts from the beginning," she adds.

A short film made by the Iraqi film director Ahmed Alsabaiei about the teacher, publisher and writer Charif Bahbouh will open the festival program, offering stories and memories from his close friends and colleagues.

Organizers are preparing a rich program for visitors, including culinary delights. In the backyard of the Anděl Station & Bistro, fans of Arab cooking can taste a wide range of Middle Eastern breakfast dishes. There will also be the traditional tasting of Lebanese wines, this time on the premises of the Na břehu Rhôny wine bar in Pilsen.

The educational part of the program will offer an online debate with Shereen El Feki, a graduate of Cambridge University and author of the book Sex and the Citadel: Intimate Life in a Changing Arab World. One guest participating in the debate will be Nina Fárová, a graduate of doctoral studies at the University of West Bohemia who currently specializes in gender studies at the Institute of Sociology of the Czech Academy of Sciences. Physical love will be the theme of a theater adaptation of the 15th century Arab erotic manual The Perfumed Garden of Sensual Delight by Muḥammad Ibn Muḥammad Al-Nafzawí, starring Daniela Grohová and Réky Deák. The theme of unacceptance and lack of understanding of a different sexual orientation is reflected in a documentary by film director Rita Baghdadi from 2022. Baghdadi captures the fate of the all-girls trash metal band Slave to Sirens from Beirut, Lebanon. Visitors can see the film at the ArabFILMfest held at the Regner movie theater.

There is no doubt that French is the language of love. Why don't you learn to say I love you in Arabic? The ideal place for this is the Na břehu Rhôny wine bar and the evening Rendez-vous français-arabe, a special conversation evening program prepared in cooperation with Alliance Française de Plzeň. You do not need to be able to speak either of the languages – you will quickly learn the most important lovers' phrases at the event. Also romantic will be the guided stargazing at the Sylván lookout tower, during which you will learn about star constellations and mysterious deep-sky objects from a team from the Rokycany and Pilsen Observatory.

The Grand Saturday Program has returned to DEPO 2015 and will once again be the largest event of the festival. The organizers are promising a rich program both for families with children as well as individual visitors. At the ORIENTAL STREET FOOD MARKET, you will see what an Arab market looks like and learn whether or not to haggle on prices. Anyone interested can learn the traditional wedding dabke dance, and linguists will be able to improve their knowledge of thematic Arab phrases. Saturday's program will also include handiwork workshops, an exhibition of artwork by Jaroslava Bičovská, and a number of pleasant meetings and visits, e.g., with the Syrian-born film director Moris Issa. The Pilsen festival program will culminate with a concert by the Tunisian singer KAT Bent L'Amor and the Syrian musician Marwan Alsolaiman, and an authentic Arab hafla (party) with the Lebanese DJ Shepherd.

The Grand Saturday Program will be held with the support of the City of Pilsen, the 700 Years of Pilsen Foundation, the Crestyl Group Company and other partners. ARABFEST's principal partner is the University of West Bohemia. Learn more about the event on its website and ARABFEST's social media sites. 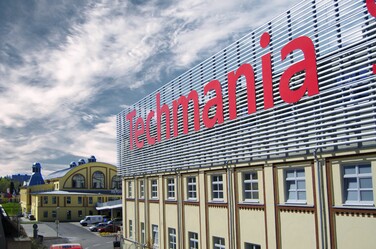 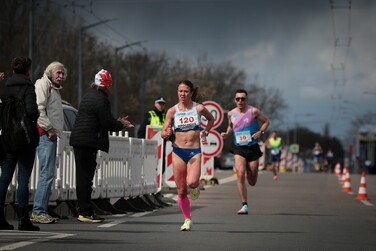 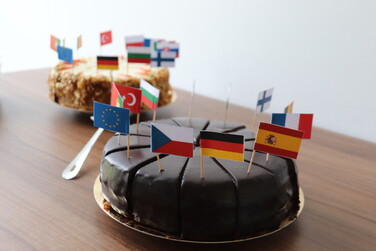 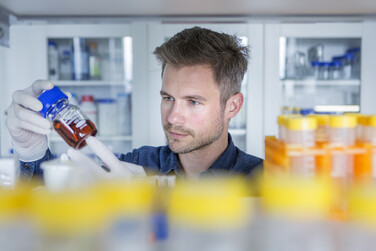